A young and motivated team, the very best technical equipment, and outstanding contacts with universities and other scientific institutions have allowed brehmermechatronics to be involved intensively with innovative research for a long time. Always open to new ideas, exciting projects for Industry 4.0 as well as innovative mechatronics solutions for passenger and commercial vehicles are taking place here.

Other preliminary designs for Industry 4.0 and vehicle components like a zero power switch, AdBlue sensor, and multiquality sensor are already underway. Many of our research projects are supported with funds from the BMWI and BMBF. 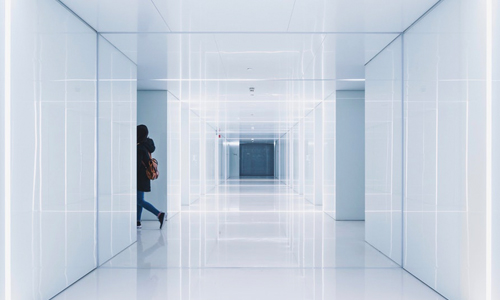 An intelligent keychain, iChain, was developed for the Industry 4.0 sector. It can measure traction force in the drive and camshaft timing chains using an integrated sensor and transfer results wirelessly. This allows for early detection of abrasion or deficiencies. 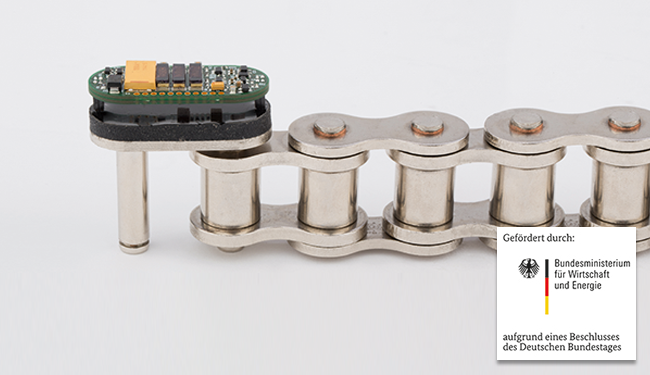 The innovative SensA-Bolt represents the development of a self-monitoring screw connection; the function and practical use is its own adaptive monitoring of pretensioning forces in order to intelligently and permanently ensure screw connections subject to high stress. 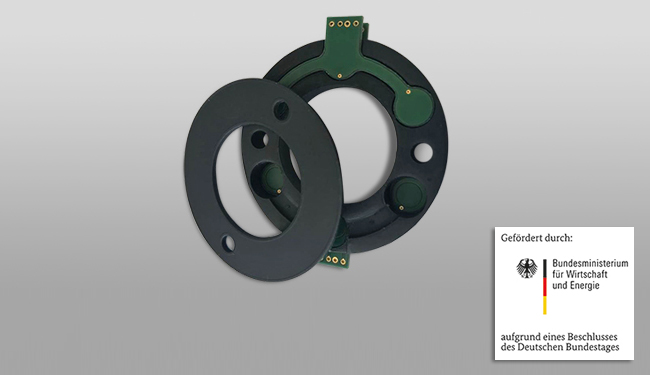 When it comes to current and precision monitoring of spring travel, for instance with an automobile, motorcycle, or even racing, then the touchless spring travel sensor comes into play.

As part of this project, a compact sensor system was developed that allowed for contact-free, touchless measurements of spring travel up to 60 cm. This system is especially designed for applications in personal-, commercial-, and special utility vehicles as well as racing. Especially for this research project, there are optimal conditions to test out its practicality successfully in motorcycle racing thanks to the brehmermechatronics racing team. 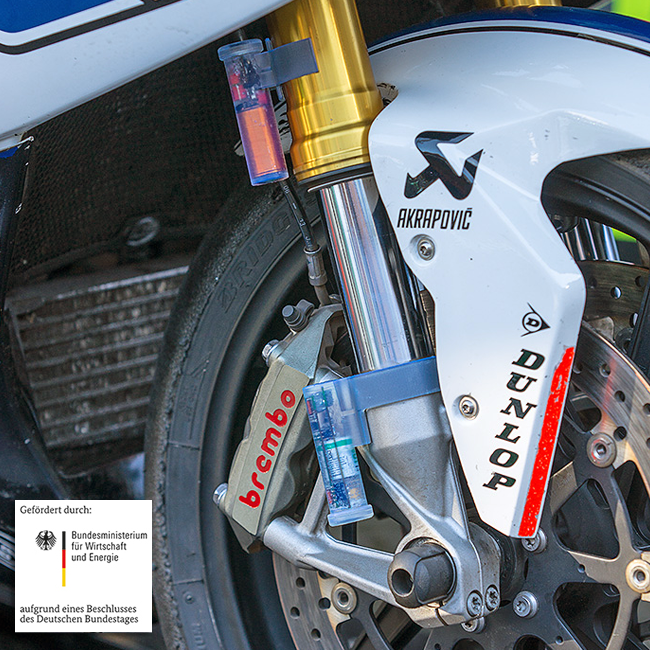 As part of a joint research project, a team of universities, technical colleges, and medium-sized companies is researching the development of the intelligent seating system "SensA-Chair," which adapts to the user's posture and identifies sitting patterns and musculoskeletal stress and prompts the seated person to change his or her sitting position. With the help of this adaptive seating system, static sitting is avoided and the user is specifically stimulated to change to dynamic sitting. Sitting itself is not the problem, but remaining in the same stressful sitting position for a long time is.

A model for the stimulated change of the sitting position - to a seat profile that relieves the back - was used to optimize the chair for more healthy sitting. Both typical seating positions for office and PC activities as well as working positions that focus on special positions with mobile work equipment (notebooks, smartphones, etc.) associated with the digital transformation were considered.

The reduction to six archetypal positions was qualitatively classified in a graded scoring system with regard to the load on the vertebral bodies and intervertebral discs. Lower scores describe higher, position-specific loads due to forces and moments that act on the seated person. This classification showed that real - subjective, temporary, comfortable - sitting profiles deviate significantly from the ideal.

The system is based on two complementary actuator principles. Based on the sitting models and the resulting pressure distribution on the seat and the backrest, the system analyzes the load on the sitting person and determines the healthy length of stay in this position. Then the micro-adjustment is activated in the seat. This initiates local small changes in height of the seat. The user experiences this only subconsciously as annoying, but he or she is thus subtly stimulated to take a different seating position.

The actuator is based on the interaction of an element made of a shape memory alloy with a leaf spring. If the user does not respond to the micro-adjustment, the 3D macro-adjustment of the seat is activated and the user is actively moved to a less stressful sitting position. The system can be configured via an app and thus also analyzes the user behavior of a specific day. 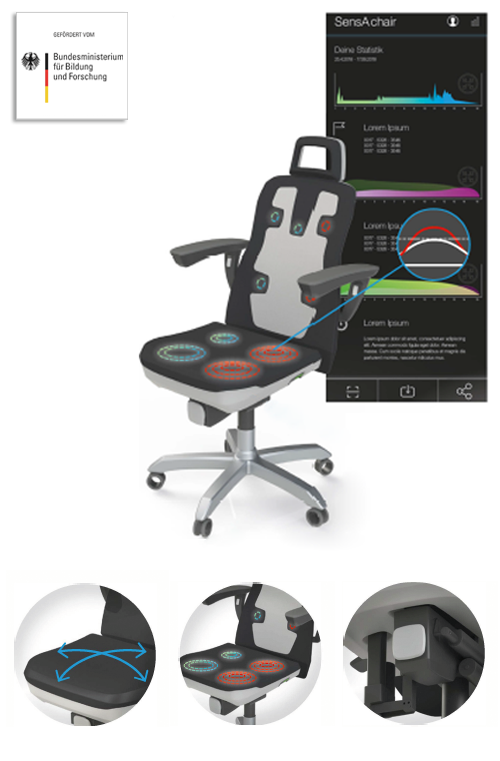 For the automotive industry, the Gear Selection Detection research project was realized, which supports fast gear changes when shifting up and down. Simple adjustment and parameterization were just as important as programming via smartphone app using NFC, Bluetooth, or WLAN.

Objective of the Project
The automatic gear selector (AGS) for motorcycles detects the gear change request of the motorcyclist and allows an automated and clutch-free upshift and downshift. It thus reduces the switching times of the gear changes while driving. Furthermore, the manual force required from the motorcyclist is significantly reduced since the clutch only has to be pulled when starting / braking.

Thanks to its integrated electronics, the AGS, which was developed as part of a subsidy project, enables bi-directional gear shifting, which is triggered by load-dependent integrated force measurement within the AGS. In addition, the AGS can be configured by an integrated NFC interface according to the operator's request.

The Prototype
The first prototype (Fig. on left) of the automatic gear selector was manufactured using metal turned parts from prototype construction as well as integrated electronics with integrated Hall sensor and plastic slides. This prototype was then tested in several field tests by the Brehmer Racing Team and optimized based on the results obtained.

The Product
The AGS (Fig. on right) was last tested by the Brehmer Racing Team at the Nürburgring as part of the RL Cup. In addition, the selector complies with all environmental requirements. Currently, work is in progress on road approval (according to specifications of the OEMs), which could not be realized due to previous EMC problems.

At present, typical motorcycle transmission covers consist of several components: Cover, fixing screws, sealing ring, support plate, elastomer disc, and screws for fastening the latter. The main task is to seal the gearbox and the clutch to prevent leakage and to reduce noise emission in compliance with the Euro 4 standard. However, there are no possibilities for sensing variables such as clutch stroke or oil temperature. Very often, these gear covers are made of a magnesium alloy.

Objective of the Project
The clutch cover made of plastic, with integrated sensors, consists of a single component, which combines all current functionalities and also creates the possibility of "predictive maintenance" for the motorcycle clutch. This cover is not more expensive than the usual ones. This price advantage makes it much easier to assemble - despite the extended functionality.

Challenges
Innovative measures in the area of "design / calculation" and in the manufacturing process are required for the realization of this project. The now applicable Euro 4 standard requires an additional elastomer component to dampen noise emissions, which is a further cost factor and makes installation difficult.

The Prototype
The plastic now used provides a more significant sound attenuation and offers the option of integrating multiple functions. This makes an additional elastomer component superfluous. The integration of the sealing cord significantly simplifies assembly and disassembly and thus reduces the costs of motorcycle production. The newly developed attachment of the gear cover replaces the current screws. This is another advantage for the easy assembly and disassembly and ultimately for the production costs of the motorcycle manufacturer. 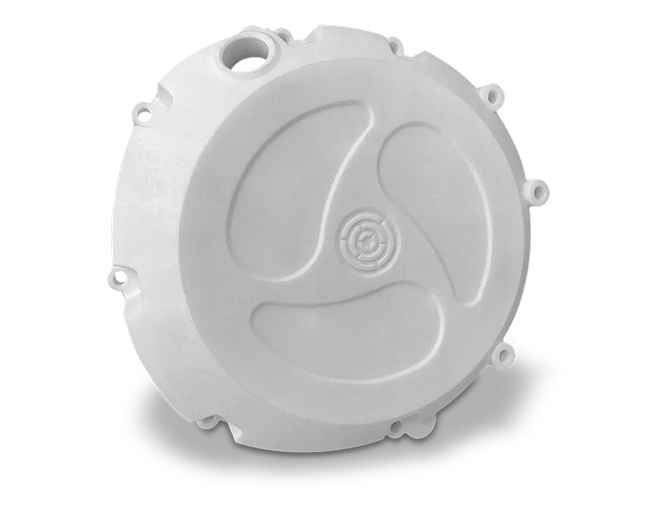 Objective of the Project
The multi-functional sensor network development project describes a microelectronic system for the non-contact determination of several physical parameters of technical fluids, the most important of which is the determination of the conductivometric conductivity and relative permittivity, also called dielectric constant.

The measurement of conductivity and the relative permittivity takes place on fluids usually by direct contacting using special metallic electrodes. Because of the electric current that flows during the measurement and the applied potential differences, it comes to unwanted electrolysis effects, which slowly decompose the electrodes, even if the metal structure itself would be permanently resistant to the medium. The practical implementation of such electrodes for permanent media contact and long-term measurement stability is therefore structurally very difficult.

The aim of the multi-functional sensor network development project is to simplify the determination of conductimetric conductivity and relative permittivity in such a way that a reliably measuring, long-term stable, and nevertheless cost-effective analysis sensor can be realized.

A possible field of application of such a sensor is, for example, the quantity and quality determination of aqueous urea solution (AdBlue) in automotive diesel exhaust systems.

What is AdBlue for?
Since 1996, the limit values for exhaust gases - including nitrogen oxides (NOX) - have been reduced further and further. Nitrogen oxides are among the main causes of acid rain and the spread of the ozone hole.
The technology known as SCR (Selective Catalytic Reduction) has already been proven to reduce nitrogen oxides (NOX) in exhaust gases by converting them into harmless water vapor and nitrogen. In order to ensure the functioning of the SCR system, it is necessary to monitor the quality of the Adblues. Thanks to our multi-function sensor network, it is possible to measure in one sensor unit, level, temperature and quality (concentration) of the liquid.

The Prototype
The first prototype was based on a non-contact, high-frequency sensor system, whose operation is based on eddy current damping. For this purpose, a passive transponder without its own power supply was operated in the field of a high-frequency 13.56 MHz magnetic field.

The Product
The system has been optimized and improved step by step. Last but not least, the electronics were designed for a system capable of withstanding the harsh environmental conditions in the field. 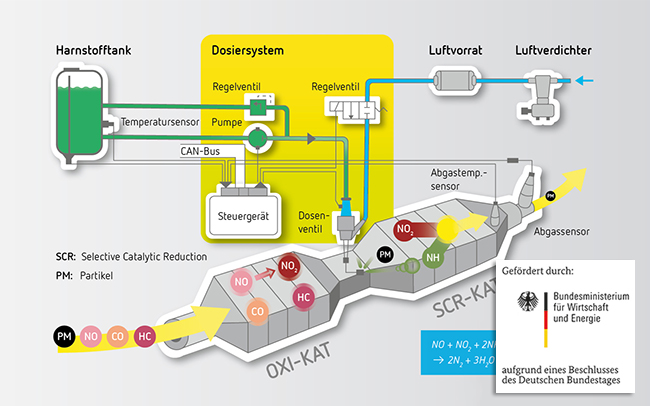 In the utility vehicle, construction machinery, and automation industries, the use of smart devices to plan tasks and to control machines is becoming more and more important. Due to the increasing digitization of production and logistics, especially in the context of Industry 4.0, the demand for the use of wireless control elements for the control of machines and plants is increasing. At present, special industrial tablets are being used, which can be integrated into the safety concept of a machine, since these are constructed in accordance with current safety guidelines and thus offer functional safety with regard to the protective functions.

These HMI devices are equipped with appropriate enable or confirm buttons as well as emergency stop switches and therefore meet the requirements of the higher-level standard (DIN EN ISO 13849). Smart devices from the consumer market segment do not meet these requirements. So far, only data that does not trigger direct control of the machine can be exchanged with these devices. However, these devices offer the advantage of providing the user with a familiar interface (Look & Feel), allowing companies to build a workflow with existing enterprise apps, and significantly lower the cost of devices and software development compared to industrial tablets. In this project, a solution is to be developed which makes smart devices functionally secure (SDeFS). The SDeFS should be an extension for consumer smart devices, which complements the necessary safety functions for controlling machines. For users of the SDeFS, this results in the advantage that existing machines can be operated with little effort with relatively inexpensive smart devices and, if necessary, existing applications / programs can continue to be used. Have a look at our SDeFS Video for additional information or download our special newsletter (only available in German). In addition you will find some press releases. 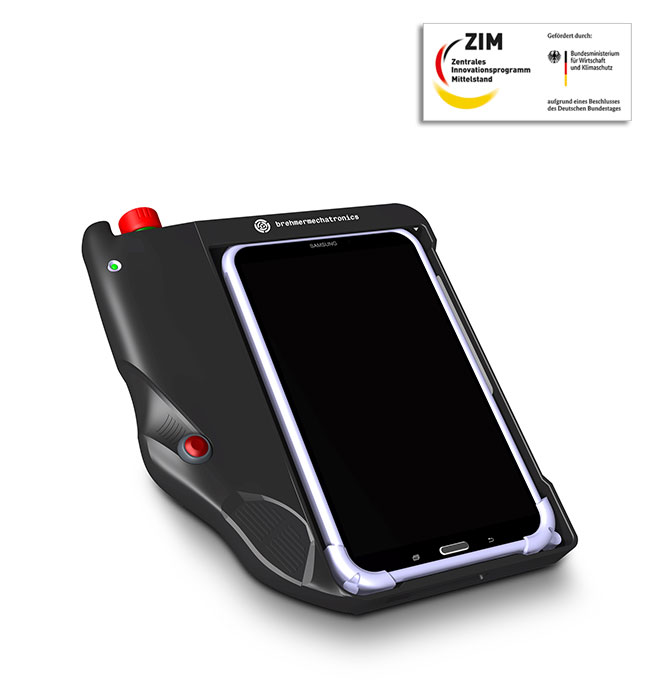 For the area of vehicle technology, a modular battery disconnection system was developed within the framework of this funded project, in which the individual subcomponents can be integrated and additional functions, such as safety-relevant function monitoring, can be realised. The system to be developed was made from a single robust electronic control unit, which additionally combines the functionality of the monitoring & control unit and that of the battery disconnect switch in one compact module. In order to guarantee the high current carrying capacity, semiconductor elements were used for current transmission instead of the mechanical contacts used today. These semiconductor elements work completely wear-free if the thermal management is designed accordingly. 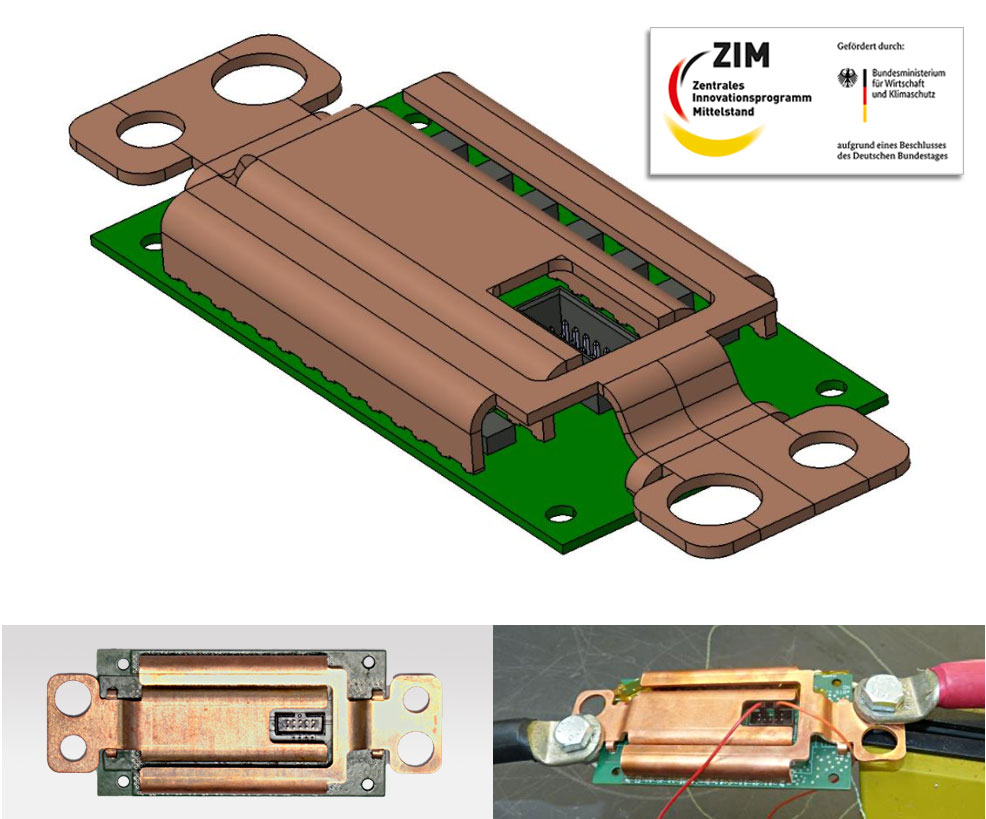